ARE YOU REGAINING EQUITY IN YOUR HOME? 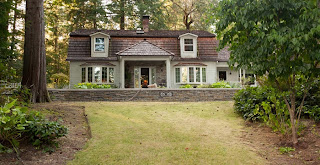 You don't want to see a Foreclosure or For Rent sign on the front lawn do you?  Of course not, and I certainly don't, but there's constant anxiety that this will happen.  Despite newspaper articles and HousngWire reports that positive equity status is on the rise, not all of us will be experiencing that anytime soon.

It is reported that rising prices helped 2.5 million homeowners who were previously underwater regain positive equity status during the second quarter of 2013. However, approximately 7.1 million homes were still in negative equity at that time and an estimated 10 million homeowners, or about 21.1 percent of all homeowners with a mortgage, remained “under-equitied,” with less than 20 percent in home equity.  (That would include Yours Truly.)

They say prices are expected to continue rising in 2014, which will lift more homeowners into positive territory. According to realtor.com®, median list prices for homes in October rose 7.57 percent above the same month of 2012.

This explains why so many outside investors are storming into the Seattle metro area and buying an average of 10 homes a day.  First:  Fannie Mae and Freddie Mac reported positive earnings in the third quarter of 2013, influenced by rising home prices, largely driven by investor purchases.

The Seattle Times (March 9, 2014) reported that this trend began last April, amid the region's tightest housing supply in a decade.   They revealed a subsidiary of investment giant The Blackstone Group -  Invitation Homes (a 1600 employee company) - has been purchasing the homes from banks, foreclosure auctions or individual sellers, and turning them into rentals.  It's another form of "flipping" except that they are a large corporation and their buying up these homes cuts out the ambitious, hardworking individuals who otherwise would be buying the homes themselves, renovating them, and selling them at a small profit.  It also pushes back the first-time buyer who is trying hard to save for a down payment.  And of course their intrusion into the real estate market aids in pushing up prices as they have the ready cash that most of us lack.

"Over the past two years, institutional investors such as Dallas-based Invitation Homes, New York-based Pretium Partners, and California-based American Homes4Rent have spent more than $20 billion to acquire 130,000 U.S. homes destined to become rentals", according to investment banking firm Keefe, Bruyette & Woods (offices in Richmond,VA, Hartford, CT, Boston,MA, Austin, TX, Atlanta GA, New York and London).  They are targeting three-bedroom homes in middle-class neighborhoods.  The article states that about half the homes they bought in the Seattle metro area were in foreclosure or owned by a bank. Locally, about half of the homes bought last year were in western Washington in King, Snohomish, and Pierce counties.

In response to some criticisms from some neighborhood homeowners, a spokesman from Invitation Homes said the company has 22 employees in the Seattle market . . . and the company requires its contractors to obtain necessary permits for all repair work.  He also said, defensively, "This is no different from back in the 1970s and 1980s when they were professionalizing apartment buildings: apartment buildings were being purchased and bundled together into real-estate investment trusts."

"Professionalizing apartment buildings"?  What a giant MISNOMER!  Back in the '70s and '80s, do you remember what was actually going on?  The condominium craze.  Men and women, old and young, were being kicked out of their homes (apartments) so they (big businesses) could convert them into condominiums and cooperatives (mostly NYC).  I remember one example in particular.  A company named American Invsco (no longer in business) which was owned by the Gouletas brothers and sister Angelina (who later married former NY Governor Carey) bought hundreds of buildings throughout the nation during the '70s and '80s.  One, in Bethesda, Maryland, was The Promenade, which consisted of two towers of high rises.  The approximately 1500 units were sold for $32 million in 1982, and the units were then priced out to sell for a total of $100 million (with only a few cosmetic changes made to the lobby).  But the tenants (many wealthy) formed a tenants association and protested and picketed for two years.  Their efforts resulted in the Maryland Condominium Act of 1984 which provided for 20 percent of any converted apartment building to be set-aside for low-income, the elderly and the disabled.  Unfortunately, the law wasn't retroactive and didn't benefit the protestors, who had their units bought out from under them (when their leases expired).  (I was closely involved with this effort, so I have a clear recollection of what was happening then.)

American Invsco eventually went under, but not before the three principals took $25 million each out of the company before filing bankruptcy.

What the large institutional investors are doing now isn't much different:  they have simply found another way to prevent the 99 percent of us who are not wealthy from having the security of owning our own homes (apartments, then or single-family houses, now).  In the '80s, it took congressional hearings, media attention, and protests by ordinary  men and women to stop the condo craze.  That is what it will take to stop the continued disintegration of the middle class in the area of housing.


QUOTE OF THE DAY

In total, 7 million Americans have been served with the bitter taste of foreclosure.  On the flip side, since we know that roughly 30% of all purchases have gone to investors and Wall Street (http://www.doctorhousing bubble.cm/mobility-united-states-economic-mobility-geographic-mobility-myth), we can say that probably over this same period 2,000,000 homes are now in the hands of some sort of investor (i.e., big money, small money, foreign money, and second homes).  You also have to wonder how many of these people who lost their homes in foreclosure are itching to get back on the horse and buy again.  Credit standards are fairly tough for getting a loan today even though rates are low.  And those with the credit and income are battling it out in flippervilles.

Is this site helpful?